Light and crispy tendrils of fried goodness in each bite, who can say no to shrimp tempura? After ordering shrimp tempura so many times at restaurants and savoring the delicious crunchy exterior, I couldn’t resist making it at home. This easy and quick shrimp tempura recipe will have your guests coming back for more.

What is shrimp tempura?

Interestingly, tempura was actually influenced by Portuguese travelers in Japan back in the 16th century with the dish peixinhos da horta, a traditional Portuguese dish made during meatless “Ember days.” In short, they liked to deep fry vegetables to make them taste better–something I can heavily relate to!

Since then, Japanese chefs have made adjustments, such as lightening the batter and adding different foods to batter, to make shrimp or vegetable tempura. There’s nothing better than combining the airy, crunch of tempura with the tender bite of shrimp.

Tempura batter can be quite finicky because you want to create a delicate airy and crisp layer, but sometimes it can turn into a soggy and oily mess. Since this is a “no-sog kitchen,” I take certain steps to prevent the rapid rate of gluten formation in the batter, which can make your tempura turn chewy and lose its crunch.

I like to add some potato starch to the batter because it gives the shrimp a nice crispiness on the outside just like my chicken karaage recipe. Similar to the karaage recipe, the addition of potato starch will give your tempura a pale yellow color.

Clean the shrimp under running water and remove the heads. To devein the shrimp, use the simple technique in my recipe for Vietnamese Green Mango Salad with Shrimp. This technique prevents the shrimp from curling so it’s important to not slice the entire back of the shrimp when removing the vein.

Another option is to also use skewers along the body of the shrimp to keep them straight during the frying process, but I found scoring the belly keeps them pretty straight.

To add an extra crunch to your shrimp, dip your hand in batter and carefully drip the batter over the frying shrimp. This traditional process is called hana o sakaseru and used to give extra crispy tendrils of tempura along the body of the shrimp. You can use your hand, spoons, or chopsticks.

I enjoy eating shrimp tempura with a basic tetsuya dipping sauce made from dashi, soy sauce, and mirin. You can also eat it with udon soup or squeeze some fresh lemon juice over it, too. There’s really no wrong way to eat this crunchy tempura! 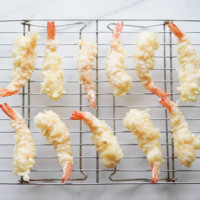 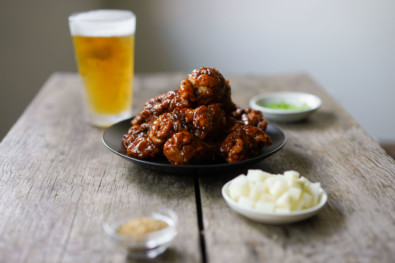 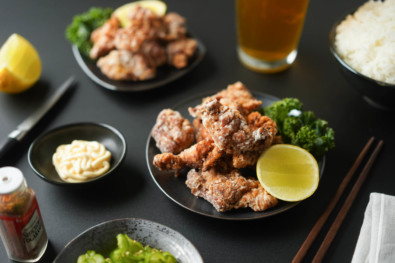 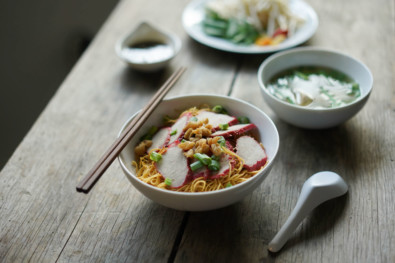 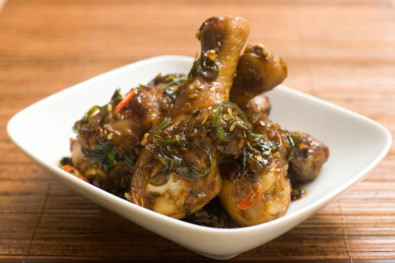 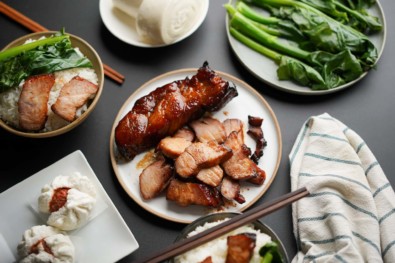 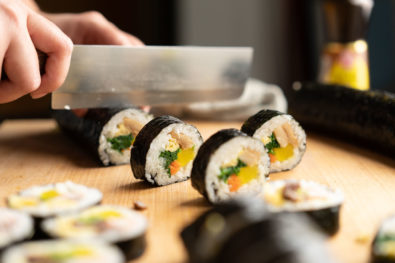